Who decides all this?

The International Telecommunication Union (ITU) which is a so-called specialised agency of the United Nations. The ITU-T, a sector of the ITU that develops global standards for telecommunication, assigns country dial codes in their ”List of ITU-T Recommendation E.164 Assigned Country Codes” (PDF link). This document is updated with the agency's current ”position” whenever changes to the world's geopolitical situation warrants a revision. 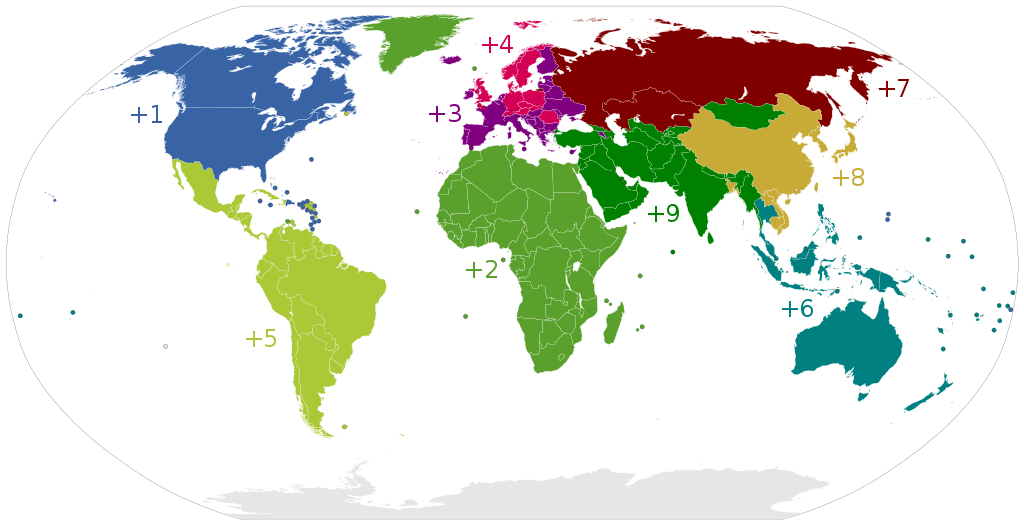 If you've been paying attention you've probably noticed that countries that are geographically close to one another tend to have similar dial codes. This is intentional, of course. Each country is grouped into a so-called ”calling zone” that roughly matches where in the world the country is located.

There are nine regions, assigned as follows:

As you can see from the map above, this isn't a perfect geographical partitioning for vaious historical and political reasons. Mexico, for example, is a North American country but is assigned to the +5 zone since it is not a member of the North American Numbering Plan (NANPA).

The more you know!